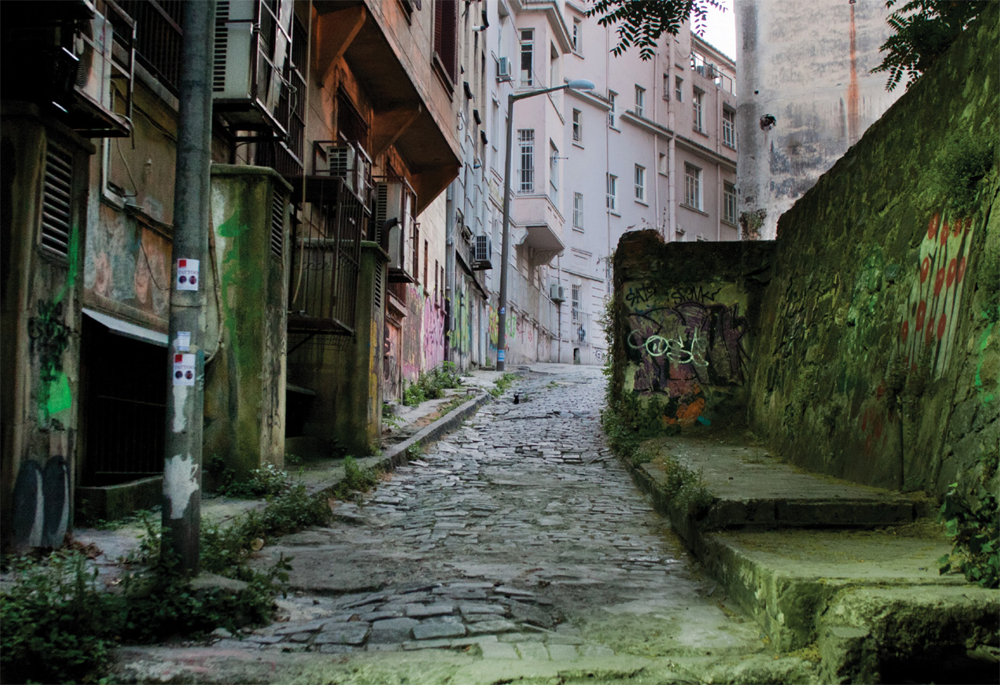 Claudio Bianchi is a stray dog and street photographer currently residing in Barcelona. Born in Mexico City, raised in Toronto, and artistically bred in a number of cities  across Canada, Bianchi’s crafty captures are meditations on the often understated interaction between place and people.

The themes of Bianchi’s recent work are largely informed by his move from Canada to Spain and his explorations of numerous countries, including Morocco, Poland, Turkey, Portugal among others. He considers this continental shift selfish on his part—one that took him away from his friends and family—but it has proved indelibly beneficial, having exposed him to a timeless array of colour and culture.

Bianchi’s portraits often dive into the decrepit. He takes on the task of spatializing his locations—of humanizing them—whether the images are populated, seemingly bereft of the human element, or scarcely disclose the faintest mortal trace. The subjects of his portraits are often of an ancient generation who, like the crumbling urban settings that frame them, show the wears of a long century passed. If Bianchi’s acumen is for haunted urban landscapes and the weathered spirits that inhabit them, his knack is for making the bedraggled look brilliant.

For More check out advanceafewstepsback.blogspot.com